With recent flash floods in several states including Kentucky, Colorado, Nevada and Missouri, massive fires throughout the country and the increase of obesity and disease in the majority of those living in the United States, we are at a critical point of falling off the cliff of insurmountable destruction. 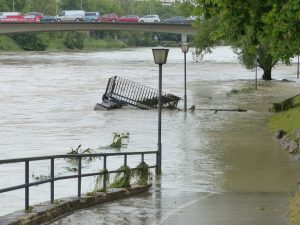 What is contributing to the destruction of the environment, the increase in obesity and disease as well as the out-of-control healthcare costs?

It has been documented by reliable sources that factory farming contributes to the current climate and health crisis.

Factory farming continues to be in demand due to human consumption of meat including beef, pork, seafood and poultry.

Animal agriculture is one of the largest contributors of human-made greenhouse gas emissions and is also a primary cause of deforestation, heavy resource use, water and air pollution, and biodiversity loss.

In addition, animal agriculture is directly responsible to the current health crisis, antibiotic resistance in humans and pandemics than just about anything else.

Animal agriculture uses between 70 – 90% of antibiotics in the U.S. resulting in major antibiotic resistance in humans.

There’s no doubt about it, when you consume factory farmed meat, you are also increasing your resistance to antibiotics.

If a pregnant woman consumes meat, she is passing on the antibiotic resistance to her unborn child.

Simply put, should you require antibiotics to treat bacterial infections, the antibiotics are not very effective due to your body having ingested antibiotics through your meat consumption.

According to the US Centers for Disease Control and Prevention, three out of every four new or emerging infectious diseases in people come from animals. https://www.ciwf.org.uk/our-campaigns/other-campaigns/factory-farming-and-pandemics/

It’s not as if we haven’t been alerted to the current destruction including the pandemic.

Dr. Michael Gregor warned the public of the devasting results of meat consumption years ago with his book, How to Survive a Pandemic. Yet, the “powers that be” tried to shut him up.

For years, Al Gore was the laughingstock in many circles with his warnings of the current climate crises in An Inconvenient Truth.

The film’s conclusion is that global warming is real, and potentially catastrophic AND human caused.

What was once considered Gore’s over-exaggeration is now being played out day in and day out with each new fire, flood, and ongoing climate crisis.

Yet, neither Dr. Gregor or Al Gore let the ignorance of the public, and the smear campaigns by the meat industry, stop them from continuing their efforts to educate the public about the impending doom we are now experiencing.

Let this sink in; animal agriculture is one of the largest contributors of human made GHG emissions and is also a primary cause of deforestation, heavy resource use, water and air pollution, and biodiversity loss.

Yet, many people refuse to make much needed changes to reverse not only the environmental destruction, but the health crisis we are experiencing.

Again, much of the destruction is a direct result of factory farming and human’s desire to consume animal and dairy products as well as their refusal to change what they consume.

Factory farming is in large part responsible for the current climate crisis, antibiotic resistance, weight gain and the crippling healthcare costs and health crisis getting worse by the day.

U.S. Overweight and Obesity Rates Are Out of Control

With over 70% of the population in the United States overweight or obese, the short-term and long-term costs are beyond comprehension.

Let’ that sink in… 70% of the U.S. population is overweight or obese. 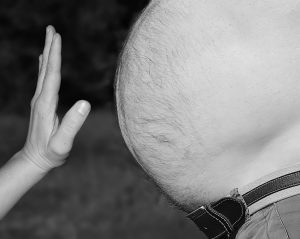 It’s important to clarify that the information contained in this article is NOT at all about body shaming but rather to shine the light on what is causing this health, environmental, financial, and emotional demise.

There are short-term and long-term costs to the bite-by-bite choices people make.

There is no disputing the connection between weight gain, antibiotic resistance, disease, and the consumption of animal products.

The consumption of factory farmed chickens and demise to one’s health is evident with the increased demand for chickens.

When you consider that factory farmed chickens are fed unnatural, high calorie diets to make them gain weight, anyone who consumes chicken takes this into their system.

Not only is this unhealthy to the chickens, and ultimately humans, it is also cruel.

The stress of life under factory farm conditions weakens an animal’s immune system; ammonia from accumulated waste burns the lungs and makes them more susceptible to infection; the lack of sunlight and fresh air — as well as the identical genetics of industrial farm animal populations — facilitates the spread of pathogens.

In the 1930s, the average chicken sold at market weighed about two and a half pounds, and it gained each of those pounds over the course of about 45 days. Now, broiler chickens average upwards of six pounds, and they put each new one pound in just over a week.

This contributes to chickens being subjected to heart attacks, broken legs, and broken wings. This has been well-documented, yet many people refuse to change what they are consuming.

Lest anyone think it’s just chickens being forced to grow beyond their natural capacity to handle the weight gain, cows, sheep and pigs are also forced to gain weight faster than is healthy.

Cows are ruminant animals, meaning they are meant to eat grass, yet, in the factory farming system they are force-fed corn and soy, which cause painful ulcers and abscesses.

Amazingly, a big part of the problem is that animal agriculture is heavily subsidized by the federal government, bringing down costs to consumers.

Industrial sized farms benefit the most. According to USDA data from 2014, only one-fifth of commodity payments that year went to small sized farms, with the rest going to mid-scale and large-scale farms. https://www.usfarmdata.com/big-farms-in-the-usa

The pain and suffering caused by factory farming must go somewhere, but where? It’s going into the bodies of the people who eat animal-based products. Not only are people more resistant to antibiotics, but there is also an impact on their emotional well-being.

There is a direct link to mental well-being and what you consume. If you eat pain, fear, anxiety and death… well, you be the judge.

Even though the meat industry would like us to believe eating meat is healthy in mind, body and soul, and helps to keep weight within normal ranges, the fact is meat is one of the foods that causes weight gain. As was previously mentioned, meat also increases the risk for chronic diseases, including obesity, diabetes, heart disease, and stroke.

The Environment Is a Risk

In addition to the health risks associated with the consumption of factory farmed meats, there are the environmental costs.

If the cost of cleaning up factory farming’s mess was accounted for, the sticker price of these products would far surpass what is at all affordable.

Yet, many people continue to deny there is anything they can do about this. If you’re among the countless individuals who wonder if there is anything you can do, there is. Stop eating any type of animal products.

One reason people continue to consume foods that are literally killing them is due to the amount of money food manufacturers spend on advertising campaigns. The amount spent on advertising on food, beverage and restaurant companies is almost $14 billion per year in the United States. https://veganvisibility.com/food-advertisers/

I Could NEVER Give Up Meat!

Many people claim they could never give up meat. Is it that they can’t, or won’t, give up meat? No one is forcing you to eat meat. Giving up meat has many benefits including improved health (both emotionally and physically), less impact to the environment, compassion for animals and overall well-being.

As well, with the current rate of inflation, and sticker shock at the grocery store, you will save on your grocery bill if you switch your meat for a whole food, plant-based diet.

If you claim to love animals, but continue to consume any type of animal product, including milk, cheese and ice cream, there is a major disconnect to 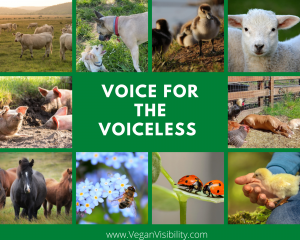 what you claim to be true and the actions you are taking.

Need to increase your influence, message and visibility with a meaningful movement? Want to be a voice for the voiceless. Access the Influencers Guide at no cost. www.veganvisibility.com/influencer